This highly intelligent large breed cat is full of life and always ready to play. However, their cheeky boisterous temperament does not make them suitable for every household; they are best suited to an active household with a lot of space. Fond of water and heights this adventurous breed needs a lot of stimulation in order to keep them occupied, but in return, the chatty affectionate breed will give you a lifetime of fun and loyalty. 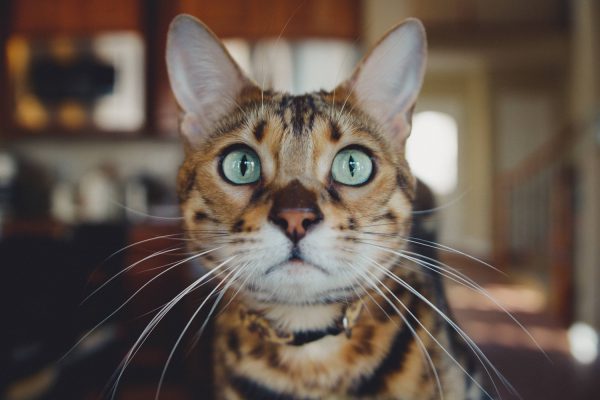 A Guide to the Bengal Cat

The Look of the Bengal Cat

Athletic, agile and graceful are the best way to describe a Bengal. The most ‘wild’ looking of the domestic cat breeds with a strong muscular body and a luxurious Leopard like pelt. The breed comes in several colours and patterns, including brown tabby, seal mink tabby, black silver tabby, and seal silver lynx point. The coat can be spotted randomly or in horizontal patterns. 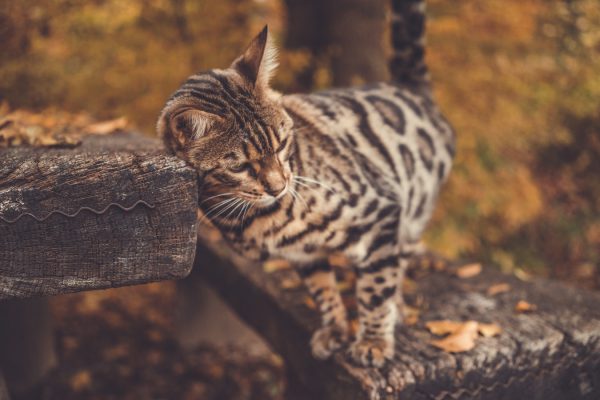 The history of the Bengal Cat

The Asian Leopard Cat was bred with the domestic cat (starting with Abyssinians and Burmese) in the 1980s by Dr Willard Centerwall, who was attempting to transfer the leopard’s immunity to feline leukaemia to its tamer cousin. Unfortunately, the resistance didn’t pass on to the first generation. Bengals today are considered to be domestic cats, and any Bengal purchased should be at least four generations removed from any ancestors with bloodlines.

It is also thought the breed’s development was an attempt to stop people buying wild cats as pets and to dissuade them from wearing fur. Bengals were first imported into the UK in 1991 and were only recognised by the Cat Fancy in 1997.

Bengal Cats were originally going to be called “Leopardettes,” but the name was later changed to Bengal in honour of the leopard cat’s scientific name, Prionailurus bengalensis.