Perhaps one of Britain’s most popular breed, Labrador Retrievers, more commonly known as Labradors or ‘Labs’, love to be with their family. This high energy breed is known for their good nature as well as their never ending loyalty making them the perfect family breed. Labradors are the fun loving breed with hearts of pure gold.

The Look of Labradors

The Labrador retriever is a sturdily built medium to large dog weighing between 20-30kg at full size. He has a broad skull with ‘chiselled’ features that are softened by his kindly expression and soft ear flaps.  His body is powerful and well muscled with a short ‘dense coat’.

Labradors only come in three colours – Yellow, Chocolate and Black. You will hear people use all sorts of other descriptions,  but officially there is no such thing as a ‘Golden Labrador’,  or a ‘Fox Red Labrador’, these are simply variations of the colour yellow. 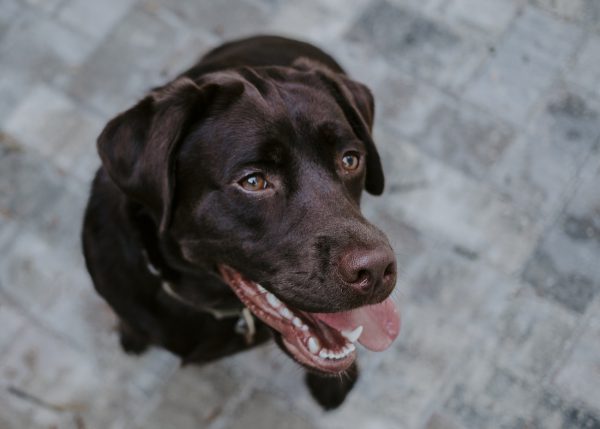 The History Of Labradors

Labrador Retrievers hail from the island of Newfoundland, off the northeastern Atlantic coast of Canada. Originally called St. John’s dogs, after the capital city of Newfoundland, Labs served as companions and helpers to the local fishermen beginning in the 1700s.

Soon other people started to notice the dog’s usefulness and English sportsmen imported a few Labs to England to serve as retrievers for hunting. They first became a recognised breed by The Kennel Club in 1903.

A Fun Fact About Labradors

If you read the lyrics to Led Zeppelin’s “Black Dog,” you’ll notice it’s mysteriously not about dogs at all. The band named the song after a black Labrador that was wandering around the Headley Grange studio while they were recording the album Led Zeppelin IV!